A Giant Mess in the Meadowlands 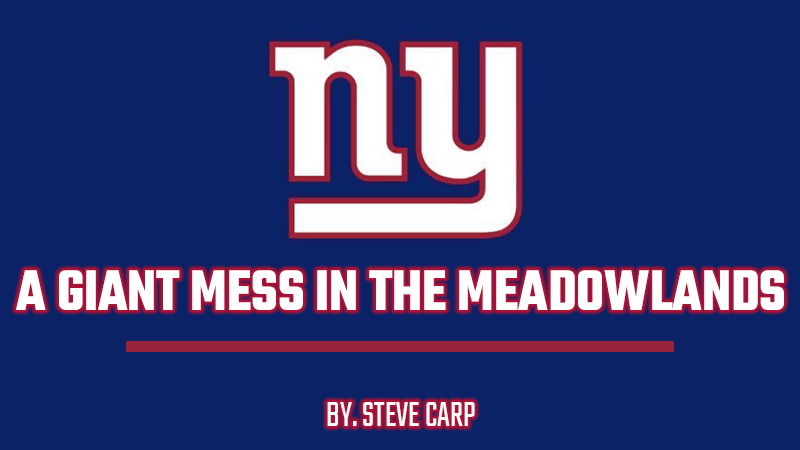 I called a friend of mine who lives on the Jersey Shore and may know more about the New York Football Giants than anyone not named Mara. We usually talk every week and the conversation ultimately comes around to Big Blue.

After the debacle that was the 38-11 thrashing given them by the rams last week, it is painfully evident this is not working on virtually every level. The Giants are a chocolate-covered mess right now and it’s not going to get better anytime soon.

I asked him how bad this current run of ineptitude is compared to previous debacles. “It’s bad,” he said.

The Giants have had so many injuries to key players that even if they had everyone healthy, they might not be all that competitive. The offensive line is a shambles. The defense still stinks. Daniel Jones isn’t getting appreciably better in his third year running the offense.

To me, this falls on general manager Dave Gettleman’s shoulders. He was brought in to oversee the retool, and instead it has become a massive rebuild and it’s not working. He needs to bear the brunt of the responsibility of this.

Judge is also a big part of the sad situation at MetLife Stadium which I lovingly refer to as “PSL Prison” because of its drab gray setting and the Personal Seat Licenses Giants (and Jets) fans have to pay just to be able to purchase tickets. He thought tough love would work and he would demand and get some accountability. But it doesn’t seem like the message is being accepted and he admitted earlier this week that this is his fault.

He likes to use nautical analogies like “"We’re in that submarine right now. Something wrong happens, it’s going to be someone on the ship to step up & save everyone. If there’s a leak, someone’s gotta plug it for you. No one is coming. No one will get there in time to help you if you don’t fix it yourself."

“I'm the head coach. It's my responsibility. Point blank. Every player on this field, every position group, the execution, it all comes down to me. The fish stinks from the head down. I've been taught that by great guys I've worked for and played for. There's no excuses.”

This may make for cute sound bytes on Sportscenter, but it sure as hell isn’t winning any football games. The Giants are in a downward spiral the likes of which makes it hard to wager on them. And if that’s the case, the sports books are going to inflate the lines of their games the rest of the way in the hopes of in getting you to bet on them.

My advice? Stay away from this team. And if you absolutely have to bet on the Giants, wait until before kickoff when the number has likely risen on the opponent as the favorite that maybe you’ll get lucky and they’ll cover for you.

Sunday, the 1-5 Giants host 3-3 Carolina at the Meadowlands. Those who choose to attend will be in a surly mood and don’t expect a lot of love for the home team. The Panthers are -3 and that’s without Christian McCaffery and Sam Arnold looking like he’s back with the Jets. But the Panthers are definitely the right side. After all, if things were right in New York, the Giants would be close to a touchdown favorite at home.

But things are not right. They’re screwed up and it’s going to take more than a field goal and some extra juice to get me to bet on this team right now.