Bettors finding their groove in NFL 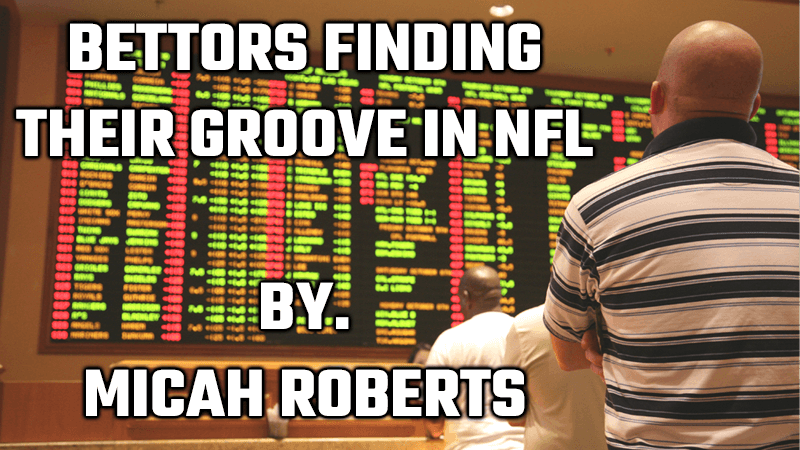 Joe Public has found their rhythm in handicapping the NFL and they're on absolute fire right now. For the second straight week, the popular public teams cashed to produce multi-million dollar losses for sportsbooks across Nevada.

The biggest damage to the books in Week 6 action was the Cowboys laying -3.5 at New England which it seemed like everyone had on their parlays. Wiseguys were all over the Patriots +3.5 so out of respect, it kept the sportsbooks reluctant to move spread higher.

The Cowboys would score a TD in overtime to win 35-29 and get the cover. Just how big was the swing?

The books were winning small or breaking even until the Cowboys score was posted. How big of a swing was it?

“The whole day was a swing,” said Atlantis sportsbooks director Marc Nelson. “Parlays are a disaster and the Steelers to cover will end up as our worst day of the season.”

The Steelers (-5.5) didn’t cover, winning 23-20 against the Seahawks in overtime, and didn’t alleviate any of the losses on the day. It was an all-way loss before the game started.

“Seattle money-line helps us just because it doesn’t pile on more,” Nelson said of their best scenario Sunday night.

Usually, it’s the Sunday night game that’s the assassin at the sportsbooks with the entire day resting on the decision, but the Seahawks-Steelers game didn’t get people as excited as the Cowboys who came in as a perfect 5-0 ATS. Now they're 6-0 ATS.

Of the multiple Nevada sportsbooks I talked with, the Sunday night game was an all-way loser. No way out, right?

“No, we are big losers,” Station Casinos VP Jason McCormick said.  “Another big winning day for the players.”

So just how does the recipe for destroying a book on an NFL Sunday happen?

“The heavy public sides all got home easy with the Chiefs, Packers, Rams, and Cowboys all covering,” said McCormick.

That’s a four-team parlay that many of the bettors had on the day paying 10-to-1 odds that mounted up to be too much for the book to recoup through straight bets. And when everyone has those popular teams collectively, the books get crushed. It happens two to three times a season. It's already happened twice with another week being a push.

The perfect storm all started in the morning, but the early-early game at London where the Jaguars (+3.5) beat the Dolphins 23-20 for their first win of the season, and one of only three underdogs on the day that won outright. But that was also the least-bet game of the day for all books.

That meant that all the risk from those early games flowed into the three afternoon games with parlays waiting to cash. The biggest risk was on the Cowboys.

The Cardinals beating the Browns (-3) wasn’t a big decision because wise-guys were on the Browns and the public was split on two good teams playing even though the Cardinals were the last undefeated team at 5-0. Now the Cards are 6-0 with the 37-14 win despite a bout with COVID-19 during the week that caused LB Chandler Jones and head coach Kliff Kingsbury to miss the game.

The real story on missing players was the Browns without their two starting tackles and RB Nick Chubb.

And then there was the Raiders (+5) winning, 34-24, at Denver. The Broncos got some straight bet play to move the number, but parlays were still shaded higher towards the Raiders.

So the afternoon risk was chopped up between two games split by the public with the big beast of risk on the day all siding with the Cowboys.

It’s back to the drawing board for the books and if you know someone that’s a regular bettor that owes you money, now might be the time to hit them up.