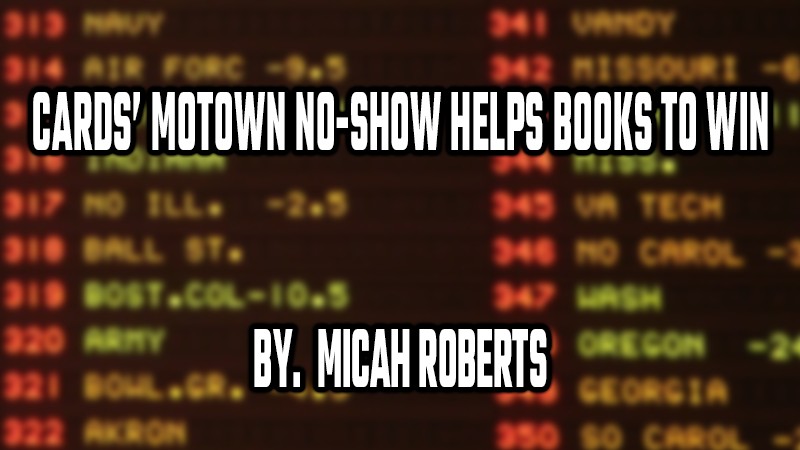 The sportsbooks have been waiting for a few double-digit favorites to fall this season and Sunday’s Week 15 NFL action gave it to them with two of the top teams falling in a week that began with a COVID-19 variant surge among players and coaches that forced three games to be postponed until Monday or Tuesday.

Over 100 players were put on the COVID list before the weekend started and the sportsbooks simply deducted the value of players to a team’s rating and adjusted accordingly. No downtime, the sportsbooks are still open, the games are still on TV, and the fans are still in the stands.

We all have got action, so let the games begin, although check to see what house rules your sportsbook has because they’re different at a few places regarding the date of the event. Many Las Vegas sportsbooks updated their house rules during the pandemic last year due to games being postponed.

The Westgate Las Vegas SuperBook states the event must happen within eight days of the originally scheduled date and BetMGM states seven days, but Station Casinos allows for no variance of the scheduled date. Be sure to check what your book does — the worst thing is to be rooting for a bet in that isn’t action.

Of the 10 games the NFL offered us Sunday, favorites would go 4-6 ATS with four underdogs winning outright which included the Cardinals (-13) losing at Detroit, 30-12, and the Buccaneers (-11.5) losing at home the Saints, 9-0. Yes, Tom Brady got shut out, which of course helps the sportsbooks.

“The Lions were the key to knocking out the money-line parlays and the Ravens cover was big in the afternoon,” said Station Casinos VP Jason McCormick. “It was a solid day and we could use the Saints tonight.”

The Saints’ win on the money-line paid out +430 and the Lions’ win paid out +550 at the Superbook. It was the money-line favorite parlay that took a beating with the Cards and Bucs being the starter of a parlay because the conventional wisdom among the bettors was:  “They’re not losing that game, they can’t lose, they just have to win, no spread.”

Of course, easy money until it wasn’t. Brady’s receivers were dropping like flies to injury and the Saints defense put on a show. Kyler Murray has been back for two weeks after a four-week injury break and he looks like he forgot the system and team goals. And then Murray pouts in the first quarter, sulking on the bench, head down, being the opposite of a team leader.

The Cards get the Colts on Christmas Day which is not the ideal spot for Arizona to halt a losing streak.

The totals stayed under in four of the six games with the highest score produced happening in Baltimore with the Packers 31-30 win. The Ravens didn’t have QB Lamar Jackson available (ankle) which had the Packers close at -8, but it was Ravens back-up QB Tyler Huntley who kept the Ravens in the game and got the cover. Huntley, two years removed from Utah, will get paid by some team in the off-season.

“It was a big day for us,” said BetMGM’s Jeff Stoneback of their Sunday. “Huge wins on Baltimore, the 49ers, and Lions. We took $550,000 on the Falcons, and our only losers were the Bengals and Steelers but both were small.”

The 49ers beat the Falcons, 31-13, to cover -8.5 and keep the game under the total of 48. 49ers QB Jimmy Garoppolo and TE George Kittle have this synergy together that will make them tough in the playoffs and they appear to be getting better weekly.

But it was the Cardinals’ loss that really set the day up for the books and destroyed lots of liability on the day. No parlay or teaser risk could build any momentum. The Steelers win, but so do the Lions. The Cowboys won and covered, but so did the Saints. It’s the type of week that really messes with a bettor's confidence heading into next week. “So I have to respect double-digit underdogs this week?”

“It was a good day,” said Atlantis-Reno director Marc Nelson. “We could’ve shut her down after the Cardinals lost to the Lions. We have small liability on the Bucs (late game) but will be a solid day no matter what.”

There were seven games on Sunday where the favorite was -8 or higher and those favorites went 3-4 ATS. That kind of mix is always going a tough day for the bettor, especially those that play parlays the most. No traction gained, starting from scratch after each loss. It’s exhausting, but I think we all love the process. But not all books had a good day on Sunday.

“So-so day for us,” said Westgate Las Vegas SuperBook VP Jay Kornegay. “We were very fortunate to get the Lions or it would have been a long day. The Cardinals loss was great. We did well on the Ravens and Jets covering. The Cowboys, Bills, and Steelers hurt.”

The Cowboys (-12.5) avoided the backdoor cover a few times at the Giants but held on to a 21-6 win. The Bills (-14) beat the Panthers and actually got the backdoor TD against the spread themselves to cover the big number late in the fourth quarter and win 31-14 at home.

There’s lots to think about for Week 16 my friends, so let’s go get it done. All the best, Merry Christmas!