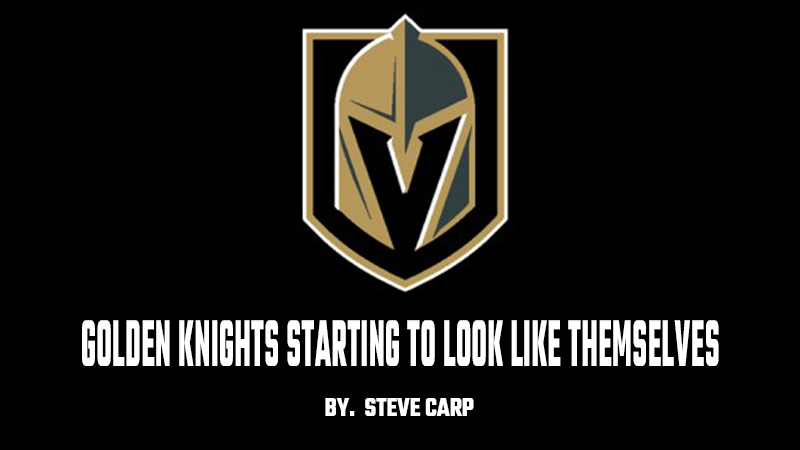 When the Vegas Golden Knights ere going through their injuries/COVID-19 issues in October and into early November, some feared the worst. It would be too much to overcome and the 2021-22 season would be a disaster.

As we head to Christmas, nothing can be further from the truth. The Golden Knights are looking a lot more like Stanley Cup contenders than pretenders, and remember, they’re still awaiting Jack Eichel’s presence on the ice. Yes, there are some lingering issues, but they’re playing better and are looking to finish the 2021 portion of their season with a strong push.

Vegas has a critical four-game road trip this week, one that will no doubt be emotional on Friday when they face the New York Rangers at Madison Square Garden.

That night, they’ll meet up with their former coach, Gerard Gallant, and former winger Ryan Reaves, who was very popular on the ice and in the locker room.

But before that, they’ll have a mini-reunion Tuesday in Boston when they face the Bruins, who have former original Knights Tomas Nosek and Erik Haula on the roster. They’ll also head to Newark Thursday to face the Devils, who are an improved hockey club. The trip concludes Sunday with a visit to UBS Arena at Belmont Park to meet the Islanders, who have struggled mightily but are getting healthy and showing signs of getting their act together. It’s a team that sort of mirrors the Golden Knights except the Isles’ issues have been more extreme.

So how have the Knights turned it around?

They’re scoring with regularity again as their top two lines are finally intact. Having Max Pacioretty back has been the biggest plus as the veteran winger gives Vegas a true sniper who can score anywhere on the ice. Mark Stone is finally starting to find his groove and Chandler Stephenson, coming off a four-point career-best performance in Sunday’s 6-4win over Minnesota, has been Vegas’ most reliable player all year.

The second line of William Karlsson, Reilly Smith and Jonathan Marchessault is playing well and that’s allowing Nicolas Roy to boost the third line with Evgeny Dadonov and Mattias Janmark.

Defensively, Zach Whitecloud has been tremendous after missing several weeks with a broken hand and Brayden McNabb has been the steadiest blue liner on the roster. Alex Pietrangelo is logging major minutes every night and is contributing at both ends.

Still, there are some concerns. The goaltending has to get better. Both Robin Lehner and Laurent Brossoit have given up a number of soft goals and they can raise their level of play. The absence of Alec Martinez has been noticeable, particularly on the team’s penalty kill where the NHL’s premier shot blocker has been absent for several weeks after taking a skate to the face.

Shea Theodore, who everyone thought was headed for all-star status, is not quite there. He seems tentative at times and has had too many hiccups when it comes to taking care of the puck.

And the power play remains a problem, even with Pacioretty’s presence.

So while there are flaws, the Knights are in good shape overall. They’ll get Martinez back at some point. Same for Nolan Patrick, who has been out since Oct. 24 and has played all of four games with Vegas.

Eichel is skating on his own and appears to be making progress after having surgery on the disk in his neck. He’ll obviously help the power play when he arrives and suits up.

The Knights are tied for third with Edmonton in the Pacific Division with 32 points, though the Oilers have a game in hand. They took three of the four games on the recent homestead, falling only to a struggling Philadelphia Flyers squad which had been winless in its last 10. They’ll look to win in TD Garden for the first time and they have wins at both Prudential Center and Madison Square Garden. Obviously, this will be their first visit to UBS Arena.

From a betting perspective, it might be wise to look at playing totals in the upcoming games and looking to the over. The Knights are finding the back of the net — they have the most goals in the Pacific Division with 95 and the goaltending is not stellar. They’ve allowed 85 and only Seattle, an expansion team, has allowed more in the division. The Kraken have allowed 98 goals.

It’s going to be an interesting week back east for the Golden Knights, one that will be emotion filled. However, this is a veteran team. They will be ready to compete and unless the injury bug returns or a sudden outbreak of positive COVID-19 tests hits, they should be able to garner enough points to have a successful trip and continue their ascent in the division.