Can The Suns Stay Hot? 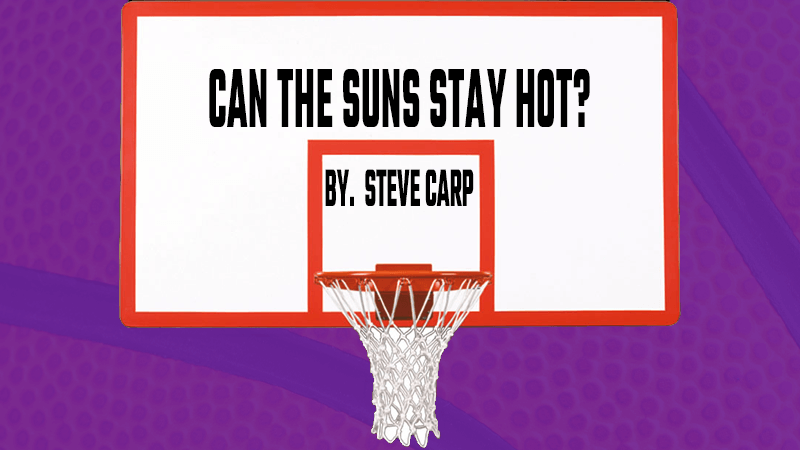 As of Wednesday, Phoenix was tied with Golden State for the best record in the NBA at 18-3. However, when it comes to betting on the Suns, it’s not the same Tootsie Roll. The Suns are just 12-9 ATS, and  only 6-5 at home.

The oddsmakers are adjusting the line in Phoenix’s games and are going to make you pay if you’re going to back them. Also, Phoenix is coming off a successful 4-0 road trip straight-up and backing the road team in the NBA can be a dicey proposition given the travel, schedule setup, officiating, etc.

The Suns’ gravy train may be derailed after Devin Booker, the team’s star guard who is averaging a team-leading 23.2 points a game, tweaked his hamstring in the second quarter Tuesday against the Warriors. His status is to be determined but they’ll likely hold him out Thursday against the lowly Pistons. But if Booker is out any significant amount of time, it’s going to impact the Suns’ performance.

Phoenix is already without forwards Frank Kaminsky and Abdel Nader so their depth was already cut into. But they can probably weather that. Booker being out any length of time is an issue.

The Suns are not leaving the West Coast until New Year’s Eve when they play the Celtics in Boston. They do have some key games during December, the biggest being a rematch with the Warriors Friday at Chase Center in San Francisco. Golden State figures to be favored in that one, even if Booker is available. These two teams will also play each other Christmas Day at the Footprint Center in Phoenix.

The other matchups to look forward to in December are on the road, both in Los Angeles — Dec. 13 vs.the Clippers and Dec. 21 against the Lakers.

The Suns are fun to watch. Booker is a big-time scorer, veteran Chis Paul has turned back the clock and playing with high efficiency, Deandre Ayton is proving to be a legitimate big man, forward Mikal Bridges has started to figure things out in his fourth NBA season and vets Jae Crowder and JaVale McGee are giving Monty Williams serviceable minutes off the bench.

We could see this coming, going back to the NBA bubble two years ago when the Suns finished with a flourish. It carried over to last year when Phoenix went to the NBA Finals and had a 2-0 series lead on Milwaukee only to falter and see the Bucks win the championship.

Now, the Suns are trying to be part of the NBA’s elite. When you win 17 straight games, it helps make your case.

If you’re looking to wager on the Suns or against them, make sure you’re using Kenny White Sports’ NBA Power Ratings before making your plays. It’s an invaluable tool to help you navigate the complicated handicapping waters.