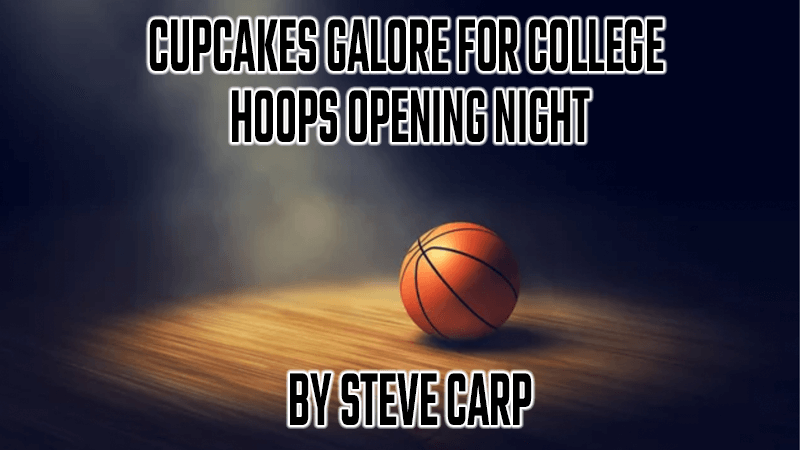 Finally, the big day college basketball fans have been waiting for has arrived.

It’s Opening Night for the 2021-22 season and there’s cause for optimism everywhere. Even Chicago State, arguably the worst program in Division I, has cause for hope with a new coach in Gerard Gillon. He is one of 57 new bench bosses this season.

There’s 186 games on the schedule Tuesday and many will not make the betting rotation in most sports books. Why? Too many non-D-1s as teams look to get off to a fast start and have scheduled what we call “cupcakes,” teams that are playing for a payday with little or no shot of winning.

That’s the point. You schedule a nondescript non-D-1 team and you get your win and move on. So don’t look for a chance to play one of these games. It likely doesn’t exist, save for some offshore book.

But don’t fret. There’s enough games on the opening night schedule to wager on. And actually a few good ones.

The Champions Classic is being held at Madison Square Garden. In the first game, Kansas is playing Michigan State. The Jayhawks are ranked No. 3 in the nation while the Spartans were ranked just outside the Top-25.   You’ll be getting Tom Izzo-coached team as an underdog, somewhere between 4 and 5 points, and that’s a rarity in non-conference play.

The nightcap is No. 10 Kentucky facing No. 9 Duke. It’s the start of Mike Krzyzsewski’s final season coaching the Blue Devils and that will bear watching throughout the season as Duke will look to send him out a winner and try and make a long run in the NCAA Tournament come March. The early line has Duke a slight 1-point favorite over Kentucky.

Those are the two heavyweight matchups for Opening Night. Between those and the multitude of cupcake contests are some decent games involving mid-major programs.

One is UC Irvine of the Big West going to Las Cruces to play New Mexico State of the WAC. Another is Belmont, which went 26-4 last season but failed to go to the NCAA Tournament after losing the Ohio Valley Conference Tournament championship game to Morehead State, traveling to Ohio to face the Bobcats of the Mid-American Conference. Ohio was 17-8 overall and 8-3 at home.

As I mentioned last week in the Kenny White Sports Insider Newsletter, there is money to be made early in the college basketball season. A lot of homework and a little help by following Kenny’s College basketball Poker ratings will give you a chance to exploit some lines that the oddsmakers miscalculated. They’re going to make mistakes and you should be looking to pounce on those errors in the line. The opening numbers will likely be out late Monday afternoon and by Tuesday morning, everything will be up on the betting boards and mobile apps.

So enjoy the start of college hoops. It’s going to be a crazy season and you should buckle up for a wild ride.