Another Big Week for Books 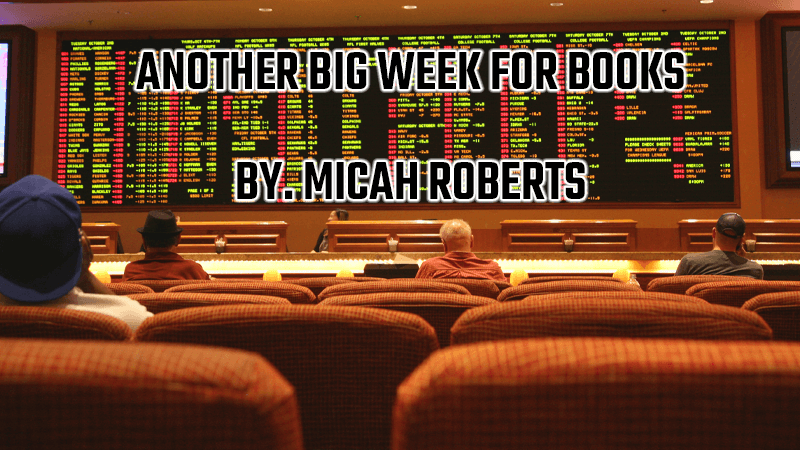 Only three of the favorites among 12 NFL Sunday games in Week 9 covered the spread, which is the automatic sign that the public did not do well.

The sportsbooks win big again with the aid of a couple of popular teams losing outright.

“It was a good day and capped off a good weekend,” said Westgate Las Vegas SuperBook VP Jay Kornegay. “The Giants, Broncos and Vikings covers were our top-3 wins and the Chargers ended up being our worst.”

The Chargers’ 27-24 win at Philadelphia was one of the few winners the public had, withstanding all the sharp money groups that bet the Eagles from +2.5 down to +1 at all sportsbooks across Nevada. The Chargers were one of just three favorites to cover on the day and one of five to win straight-up.

The Ravens (-7) came back at home down two TDs to beat the Vikings 34-31 in overtime but failed to get the cover, one of only two underdogs on the day that covered but didn’t win outright.

The other was the Packers backdoor cover behind backup QB Jordan Love in the fourth quarter at Kansas City to make the score 13-7. The Chiefs were -6.5 and -7 most of the week after QB Aaron Rodgers was announced out due to COVID-19.

“With the upsets, we were able to knock out most of the parlays,” Kornegay said. “We still need the Titans for a little chunk.”

“Ask on this first November Sunday and you shall receive,” said the betting gods as the Titans became the seventh underdog to win outright with their 28-16 Sunday night win against the Rams (-7,5) at SoFi Stadium.

The Raiders (-3) were the most popular bet of the week by the public at all Nevada sportsbooks and they folded on the road at the Giants, 23-16.

But not all the games were winners for the house.

“Another bad decision for us was the 49ers game as we moved the line very quickly in the early going as we had a good idea Kyler Murray and DeAndre Hopkins weren’t playing,” Kornegay said.

Most books moved the 49ers early from -1.5 to -3 through the weekend as neither Murray nor Hopkins practiced during the week and starting WR A.J. Green was already out. Kornegay’s crew stayed ahead of the information curve and made the 49ers -5.5 when news broke Sunday afternoon that both were out.

But the betting public still kept betting the popular Cardinals who were 7-1 on the season. I’ll bet they didn’t know the QB and top two wideouts were out for the Cardinals and got the lucky win. The public does not like betting teams with a backup QB starting, but Colt McCoy ran a crisp dumb-downed offense in the Cardinals' 31-17 win at San Francisco.

“It was a good day,” said BetMGM’s Jeff Stoneback. “Big wins with Denver, Arizona, and Jacksonville. Our only loser was the Chargers and we don’t have any big decision in the late game.”

The Broncos took advantage of the Cowboys (-10) being out of sync with Dak Prescott’s calf injury and jumped out to a 30-0 lead. It was very weird watching it happen in real-time at Jerry World with Prescott playing. They went from being the only perfect 7-0 ATS team to looking like the woeful Texans. The final score of 30-16 wasn’t as indicative of how poorly the Cowboys played.

But the story of the day was the Jaguars upsetting the high-powered Bills offense. The Bills closed as 16.5-point road favorites and the Jaguars 9-6 win paid out +850 on the money-line at Circa Sports. It was the key to most books having a winning day.

“Jaguars!,” cheered Station Casinos VP Jason McCormick. “The Jaguars and Broncos win crushed all the money-line parlays. The Giants win over the Raiders was also a nice helper. Big day for the book. The guests won with the Patriots in the a.m. and the Chargers in the afternoon.”

“The day went very well,” said Atlantis Reno’s Marc Nelson. “Two big favorites in the morning going down set the tone and then the Raiders and 49ers losing sealed the deal.”

The lessons learned from Week 9 to carry over into week 10 is really going to mess with the normal betting psyche of Joe Public. The Jaguars and Broncos showed that anything can happen and to not discount each of them coming up in the eight weeks.

It was only three weeks ago we were talking about the books losing big for two consecutive weeks. Let’s get back to doing more of that weekly routine, and if it means eating chicken for seven straight days, do it.