NBA ready to tip off 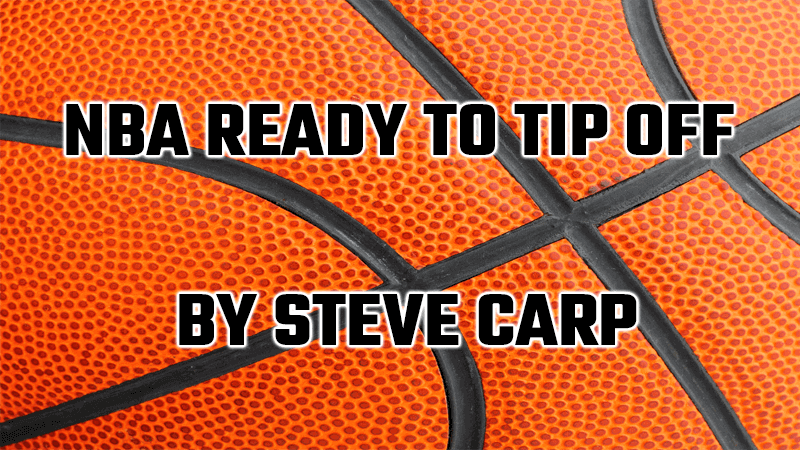 Even if there wasn’t a pandemic (we’re still in one, folks), this was going to be a special season for the NBA. The league which has been going strong since 1946, celebrates its Diamond Anniversary season beginning Tuesday when the Milwaukee Bucks open defense of their title. The Bucks are facing the Brooklyn Nets, a team of underachievers where one of their stars serves as a reminder that COVID-19 remains a very real part of our lives.

Kyrie Irving refuses to get vaccinated and because he choose that path, he is not allowed to play any games at the Barclays Center in downtown Brooklyn. Last month, the City of New York mandated that a person must be fully vaccinated in order to gain admission to a sports venue, be it as a spectator or an employee. Same in San Francisco and now, Los Angeles.

Fortunately for the Warriors, Steph Curry got jabbed. So did LeBron James, Anthony Davis, Russell Westbrook and the rest of the Lakers.

But protocols and vaccines aside, we’re looking at a handful of teams that figure to be in the mix in each conference to ultimately play for the Larry O’Brien Trophy in June.

In the East, the Bucks are not going to capitulate their crown without a battle. That’s assuming of course, that Giannis Antetokounmpo is still around and dominating once the postseason begins. As for those Nets, who are listed as the favorites to win the NBA title at the Westgate Las Vegas SuperBook at 5-2, two of the Big Three — Kevin Durant and James Harden — are expected to be available every night and when Irving joins them, it’s a bonus. But Steve Nash may have to become very adroit at making adjustments on a daily basis.

The 76ers won the Eastern Conference regular season but do you really believe this off-the-court stuff with Ben Simmons hasn’t been a distraction and that it won’t have a negative impact on things?

The Raptors can play in Toronto full-time again and that will help. The Celtics have a new coach. That may help. The Knicks have the same coach and that definitely will help and the Hawks learned some important lessons last year which will likely help them.

Looking for a sleeper out of the East? Keep an eye on Indiana. The Pacers hired Rick Carlisle as their head coach and he has a championship ring from his time in Dallas. There’s some good, young talent ready to take that next step.

In the West, are we looking at a Warriors Revival at the Chase Center? A determined Steph Curry, will hold down the fort until Klay Thompson and James Wiseman return. The Warriors were 5-0 in the preseason and looked pretty good. Yes, it may only be exhibition, but perhaps everyone did some soul searching over the summer, from coach Steve Kerr to Curry and the rest of the players and maybe, just maybe the Dubs are ready to climb back up the mountain.

The two LA teams figure to be in the mix and while LeBron James isn’t getting any younger, Having Russell Westbrook on the floor with him takes a lot of pressure off the King and Frank Vogel is smart enough to manage his aging veterans on the Lakers’ roster.

For the Clippers, it’s going to be a matter of treading water until Kawhi Leonard is ready to return following knee surgery. And once Leonard returns, can they get everyone on the same page?

Phoenix and Utah will not surprise anyone like they may have last year. Denver is really good but also inconsistent. Memphis is moving in the right direction with Ja Morant and as long as Luka Doncic is on the floor, Dallas will always have a chance.

For a sleeper in the West, perhaps the Sacramento Kings are ready to do something positive. The Kings have had so many makeovers and different philosophies, it’s been a true revolving door. But maybe, just maybe, they’re going to give those diehard fans of theirs something to really cheer about. De’Aaron Fox is very good and Luke Walton has enough basketball pedigree to coach this team the right way and get the franchise moving in the right direction.

So many great moments. So much history made. And a new chapter begins to be written Tuesday night.