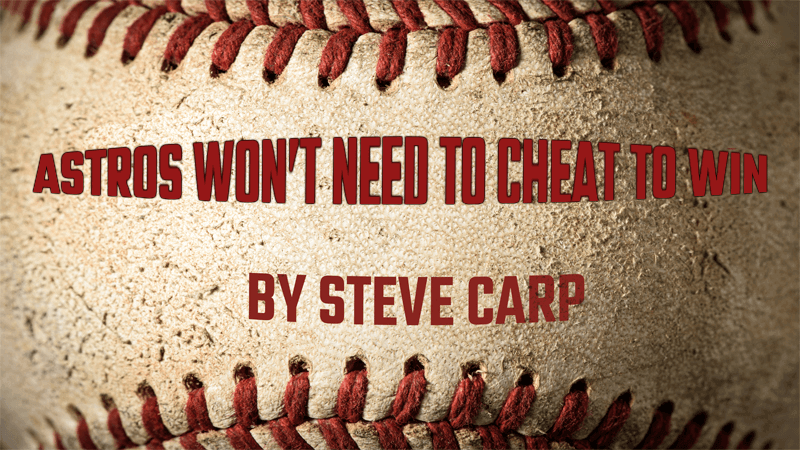 One more week of baseball and it should be entertaining if nothing else.

The Houston Astros are back in the World Series and they’re the favorites to win it’ll. At the Westgate Las Vegas SuperBook, Houston was -140 Monday to beat the Atlanta Braves and that sounds about right.

I’m not discounting the Braves’ chances. In fact, I thought they could beat the Los Angeles Dodgers and get to the World Series despite not having one of their stars in Ronald Acuna Jr. But the Astros always seem to be able to come up with the big inning when they need to and they know how to win.

They won it all in 2017, made it to the Fall Classic in 2019 and now they’re back in 2021. Dusty Baker has shown he knows how to manage this group which has been under attack ever since the cheating scandal erupted a couple of years ago.

The Astros also have home field advantage and Minute Maid Park is a unique stadium. It fits the Astros’ game perfectly as they can hit for power to left field where the cozy Crawford Boxes await fly balls. They can also hit to the gaps and turn doubles into triples.

And when they go to Atlanta for Games 3-4-5 and will no doubt hear it from the Braves fans, they’ll merely shrug and go about their business. Nobody has to worry about getting hit by a pitch deliberately unless things were to get so out of hand on a given night and the Astros are showing up an Atlanta pitcher. Then you might see some fireworks. But the likelihood of that happening is slim. The Braves are a good ball club in their own right and they’ve earned their way here by disposing of a good Milwaukee team and beating a Los Angeles Dodgers team which won 106 games during the regular season.

Freddie Freeman basin a bit of funk early in the National League Championship Series but appears to have shaken free from the doldrums. Eddie Rosario is the hottest player in the game right now and he could be a royal pain to retire by the Astros’ pitchers.

Brian Snitker seems to have his finger on the pulse of his team, much the way Baker does in the Astros dugout. If Atlanta gets enough length from its starting pitching the Braves will find a way to stay in the World Series. But the Astros can hit and hit in the clutch. They get guys on, move them along and get them home. But I like Atlanta’s aggressiveness on the base paths. They’ll push the envelope and challenge outfielders to make good throws to get their runners out. It’s a philosophy I have always embraced because you have to make a good decision and a good throw to beat the runner, then hope the fielder, be it the catcher at home plate or the third baseman or second baseman, makes the catch and the tag. Enough things can go wrong and in today’s baseball, where fundamentals sometimes take a back seat, the odds might favor the team that runs the bases hard.

It may not be the sexiest matchup and the ratings on FOX probably won’t be very good. But Atlanta vs. Houston is worth watching and agreeing on. For me, it’s the Astros winning in five games and no controversy this time around.